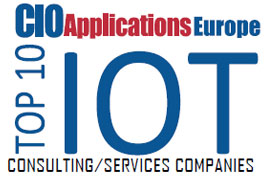 Our subscribers nominate the companies with whom they have collaborated and gotten results. If you think there is a company that deserves to be on our upcoming prestigious annual list of Top 25 IoT Solution Companies , please write to us about them and the reasons you think they need to be on the list

Your nomination request for upcoming annual list of "Top 25 IoT Solution Companies " has been Successfully Sent . We will be in touch with you shortly.

ADB puts together its expertise in connectivity, embedded services, and back-end cloud to offer ioCentro, an all-round SaaS based IoT management suite

An end-to-end digital systems orchestrator that instead of foisting its solutions, provides IoT technology in a way that makes sense to the user

Specializes in software to connect machines, devices, and applications with MQTT, the standard communication protocol for the Internet of Things

Edge machine learning that makes connected devices smart, which among other things is used to do self-learning, anomaly detection, operations optimization and predictive maintenance

A specialized and value-added distributor in Industrial IoT

Develops smart networking solutions for Industry 4.0 and the Industrial Internet of Things (IIoT)

Develops tailor-made technology solutions to create the necessary forward-looking IT, network, and security infrastructures for its clients

A developer, manufacturer and supplier of RFID products and IoT solutions, providing both ready-made and customized offerings